do cats know their name

While dog owners don’t think twice when answering this question, cat owners are left wondering - ‘does my cat know their name?’

People may think that cats respond to their names, but is it just the tone of our voice that summons their attention? Is their response directly attributed to our body language, or do they just have a mind of their own?

At times it may seem as though cats have selective hearing. You may be calling their name endlessly with no reaction from them. Especially at night when you’re ready to go to bed but they just don’t seem to want to come inside...

Cats may not seem social, and this is mostly true because they are widely considered a solitary species. We humans are social creatures, we have an understanding of how communication builds relationships – both verbal and physical. Dogs are similar because they are pack animals and therefore are equally as social and friendly. Cats in comparison are not as friendly or open to communication. In fact, cats loathe confrontation!

This information is nothing new because after all, how many times have you seen your cat run behind the couch when a guest arrives at your home? What is important to know is that this ‘cold shoulder’ attitude you get from your feline companion isn’t exclusive to humans. The majority of cats will actually make an effort to avoid contact with other cats.

You may be surprised to hear that there have been studies carried out to try and solve this mystery. We've pawed over the results and broken it down for you in this article.

With this newfound knowledge, wegive you the scoop on whether your cat reacts when you call their name.We'll also deliver top tips on how you can teach your cat to better respond to their name.

Research methods and stimuli used in the experiment

Saito and Shinozuka, two Japanese researchers conducted an experiment to determine vocal recognition of owners by domestic cats. They found that cats can actually solely use vocal cues to identify different humans. In this experiment they had human participants verbally interacting with 20 different cats while out of the cats’ sight. The result they were looking for was a physical reaction to indicate the cat registered their voice. These reactions included twitching of the ear, meowing and tail movements. The results showed that of 20 domestic cats, 15 demonstrated one of these responses to their owner’s voices.

Not all cats displayed an obvious physical reaction to their name being called. Saito and Shinozuka said that this may be due to their domestication. In situations where dogs are evidently more domesticated, they are conditioned to obey humans. Cats do not share the same mentality and this perception has been the cause of a long held belief that dogs are far friendlier in comparison.

The missing link in the equation is training. When dogs are puppies, we train them just about everything. We command them to sit, stay, eat and go outside and reward them for doing the right thing. With cats, this is not always the case. You may help house train your cats, however the majority of cats aren’t taught domestic behaviours at all. This doesn’t mean that they have bad habits or are disobedient – cats domesticate themselves quite easily without human intervention. What it does mean is that when it comes to human interaction, they can’t quite grasp the concept of a human master like dogs do. This is why during the kitten years, it is imperative that they have positive and constructive interactions with their owners as well as other people so that they can associate good social behaviour with a reward.

Putting it all into context – evolution and how they were domesticated by humans.

In comparison to dogs, cats prefer a solitary life and don’t need to rely on or work in groups to get by. This is very easy to identify – cats prefer their own space and are overall very independent. While we humans have a habit of treating pets like people, feline needs are totally different to our own. Cats appear to humans as independent or aloof. Regardless of how friendly your cat may be at times, the bottom line is that they are still a cat and therefore they are instinctually lone creatures.

While dogs are loyal, cats are territorial. Since we have been keeping cats and dogs as house pets, dogs have adapted better in the company of their owners because of their pack mentality. As a dog owner, you are their master and a pack leader so they learn to respect and obey you. Cats on the other hand are less tolerant to this structure. They are their own leader so naturally they don’t like to take orders or directions. Cats in some cases will rely on you for food and shelter but other than these necessities most do not actively seek human companionship because this concept is foreign to them in the wild. This is equally relevant to households who introduce a second or third cat to the family. Sectioning cats off separately into different areas in the house is required at first for a harmonious first meeting. This is all due to the cat’s territorial instincts – they naturally want to mark their own areas and claim the spots that they like in the house.

Teach a cat to respond to their name

Socialising your cat is an important step in making them responsive to your call. The best time to teach your cat to be sociable is during ‘kittenhood’, so somewhere between the ages of a few weeks to a few months old (usually no older than 12 months old). It is important that you encourage your kitten to play with different people and other cats and dogs. As a cat, this process may take longer, however it is reassuring to know that cats are not intimidated, nor do they feel immediately threatened by strangers. The more animals and people they meet, the more your cat will be comfortable with responding to others. This applies too for grooming. Many cats despise being groomed, so if you make a habit of routinely grooming your little kitty now then they will be more accepting of this interaction as they age. 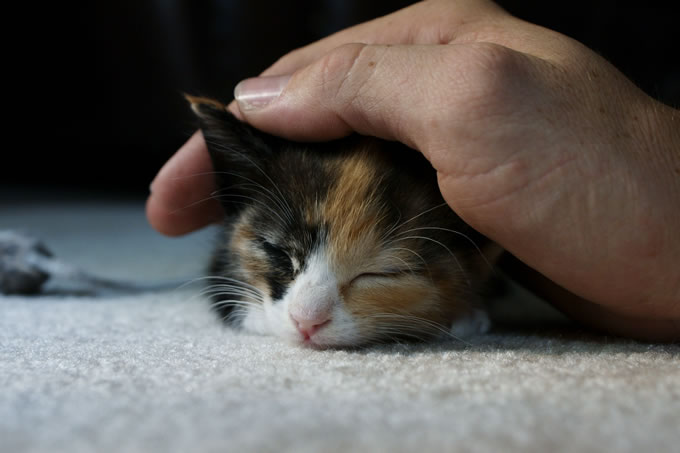 In some cases, if your cat has a history of social trauma or has had a confronting experience with other animals or humans then unfortunately their shy attitude is likely to stick. These cats are rarely swayed to accept others into their life and are the least likely to be able to respond to you calling their name. The level of trust can be easily broken by episodes in their past of abusive owners or aggressive animals which unfortunately some adopted and rescued cats may have been subject to. If your cat is in this position, it may be best not to push them out of their comfort zone. Do not try and force encounters with strangers or other animals upon them, as this may worsen their state. Instead let them approach people and animals on their own terms and reward them when they show curiosity towards others.

For most cats however, teaching them to respond when called is completely achievable. Keeping the Saito and Shinozuka study in mind, we’ve come up with a way to train your cat.

Training your cat to respond to their name.

Step 1: Get your cat’s attention (food may be required for this task!)

Step 2: Without calling their name, feed your cat a treat and pet them.

Step 3: Now when you feed your cat a treat, call their name. This may need to be done a couple of times in short intervals.

Step 4: Walk away from your cat and call their name from another part of the room or area in your house. Watch for reactions like tail movements or ear twitches to see if they’re associating their name with receiving a reward. Make sure you have the treats on hand with you. If they come when called then feed them a treat.

Step 5: Repeat step 4 in different places around the house or outside. It is important that your cat isn’t simply following you for treats – there should be a distinct reaction when you call their name.

Step 6: Try calling your cat without rewarding them with food each time. If they continue to obey when called don’t forget to praise them. Rewarding with treats should now become less frequent because they will have learned how to respond to their name.

Practice makes perfect and the more you spend time training your cat, the quicker they’ll be to respond. Training is also a great way to bond with your little feline friend. Plus, when there’s food involved, it gives them an extra incentive to participate. If food treats aren’t working in getting your cat’s attention, use something you know they like. In some instances cat teasers or toys work just as well as food when training your cat. Experiment with different rewards and don’t give up! Training all pets takes time and repetition is key.

We have a few cat treats and toys that will do the trick. 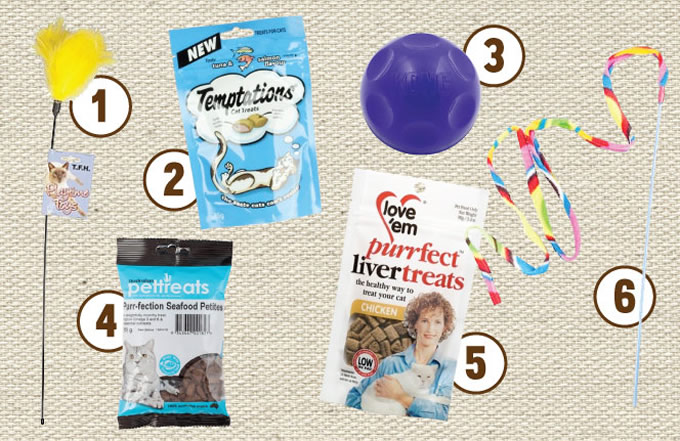 While using treats is great to reward your cat during training, consider using both toys and tricks so that you avoid overfeeding. If your cat isn’t in the mood for participation or learning new skills, postpone the task for a time when they are more compliant or less distracted by their surroundings.

So what have we learned?

Yes, cats can recognise their owner's voices. They hear and register the tone but make their own decision on how to react to your call. The Independent sums it up nicely in their headline. ‘Cats recognise their owners’ voices but never evolved to care' with the results clearly showing they can distinguish the sound of their owner’s voice by a twitch of their ears or a shake of their head.

Generally speaking, in contrast to dogs, cats are not conditioned to interact with you upon your command. Where dogs will be running to you for attention, cats don’t associate the response with reward which is why it might be a good idea to teach your cat positive social behaviour at a young age.

So if you’re in the lucky position of having a kitten around the house, teach them now that socialising with other animals and people is good. Praise them often and reward them for positive social behaviours, so that they will be conditioned to interact properly with others as they age. This makes training your cat much easier, so when it's time to teach them how to respond to their own name, they will learn much faster.