how long do dogs sleep for

If you were asked “how long do dogs sleep for?” you’d probably laugh and reply “a lot!”. Although the term cat nap is more commonly used – dogs really do spend a lot of time sleeping. They fall asleep in a similar way to humans although there are a few differences that make a dog’s sleeping pattern unique. 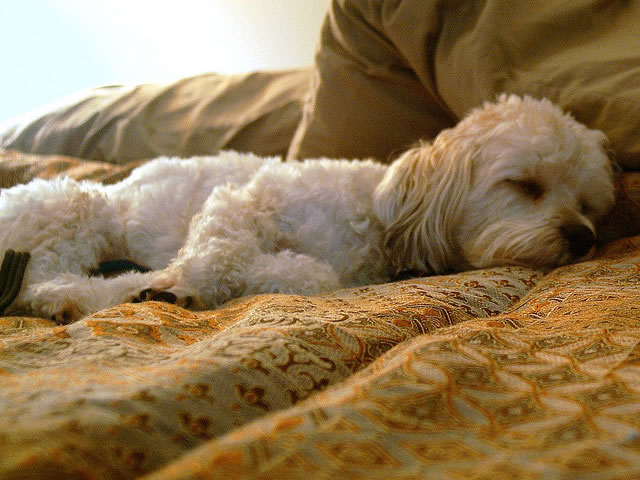 The science behind dogs sleeping

Just like us, a dog will seek a place to sleep, lie down and then close their eyes. Their muscles will begin to relax, breathing will slow, brain waves will become slow and steady and the body begins to repair and heal itself.

After this comes REM (Rapid Eye Movement) sleep, which is the most relaxed sleep phase of all. Your dog’s muscles are inactive however brain waves are the liveliest during this state of sleep. It’s also where you may see your pup running in their sleep or whimpering at (what we can only assume) are flying tennis balls made of bacon…

Doggies.com states that adult dogs spend about 10% of their total sleep time in REM. This is compared to adult humans who get between 20-25% of REM sleep.

Despite the similar process, dogs do have a different pattern of sleep. Humans have four stages of sleep and it takes them around 90 – 110 minutes to complete a cycle. This equates to five cycles each night.

Dogs have two stages: slow wave sleep and REM sleep. Research undertook on 24 dogs showed that the average number of sleep/wake episodes was 23 during the night. This was made up of 16 minutes asleep and 5 minutes awake during the 8 hour period. So, that explains why dogs are always awake and barking at shadows when you’re trying to sleep!


But how long do dogs actually sleep for?

According to Wikipedia, the average dog spends 10.1 hours sleeping each day! Some can even spend 12-14 hours a day snoozing. They’re not far behind cats that sleep an average of 12.5 hours, even though it’s the kitties that get the reputation for nodding off.

And humans? Huffington Post have recorded that Australians get on average 8.5 hours of sleep a day. Life for a cat or dog is looking great right about now, isn’t it?

Of course no two dogs are the same and there are other factors that will affect the amount of time your pup spends snoozing. These include:

Your dog’s age will make a great difference to how long they sleep. On one end of the spectrum, young puppies will sleep more than adult dogs. This is because they have a lot of growing to do.

Their body, muscles and brain require sleep to fuel their physical growth. Not to mention, all the running around and exploring new places will also make them tired.

Then as your adult dog ages, you’ll also find that they sleep more. Simple things like walking, jumping and playing will require more effort than they used to, leaving them worn out. They’ll sleep more to make up for lost energy plus aches and pains from old age may mean that the sleep they do get isn’t as fulfilling. 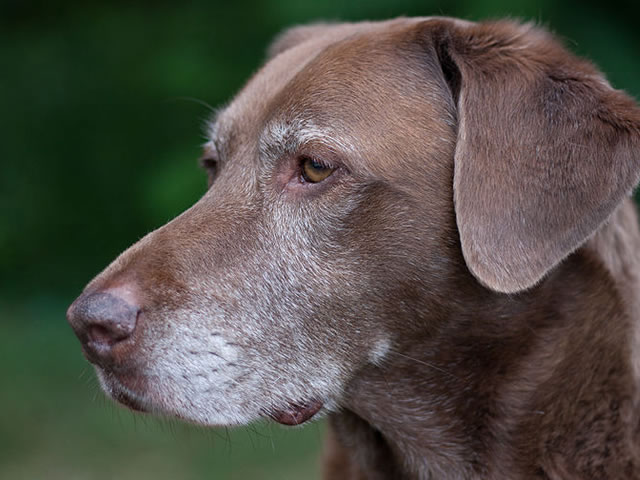 Some dogs are always on the go. It’s as though they have a constant supply of energy and everything in the world needs their attention at all times. Dogs like this tend to sleep less because they’re always switched on.They will sleep less hours overall because they spend more hours awake doing stuff.

If you have a dog like this, it’s important to make sure that they do allow themselves some down time to rest their bodies. If you feel your dog is not getting enough sleep because of being too active they may be anxious or hyper vigilant about things that they don’t need to. This may require a visit to an animal behaviour specialist. 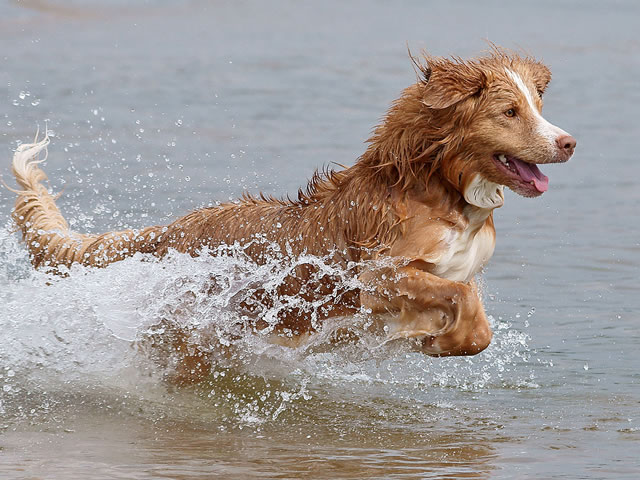 What your dog eats plays a huge role in their overall health and, believe it or not, it can affect how long your dog sleeps for. A balanced diet will give your dog everything he or she needs to be active and alert however a diet lacking in nutrients may cause them to be lethargic, slow and sleepy.

Certain ingredients in some dog food can take longer to digest and may leave your pooch feeling sluggish. It’s a similar feeling that we get when we eat a huge bowl of pasta – afterwards all you want to do is laze around and nap! 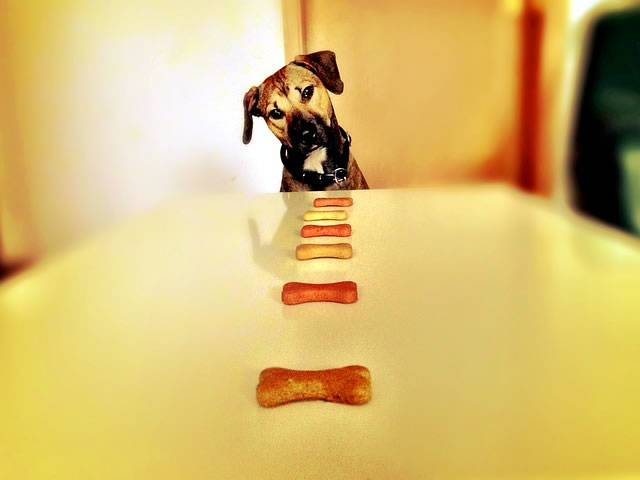 Both very small and large breed dogs will tend to sleep more than a medium sized pooch. There are also certain breeds such as Great Danes, Newfoundlands and Bulldogs that typically like to laze around more than others. 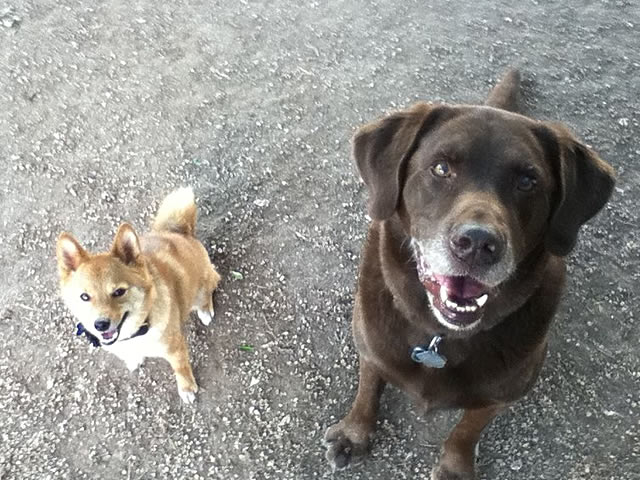 Illness and diseases can make a dog sleep more than usual as they recuperate and build their strength back up. Conditions that may cause your dog to sleep more include:

If you notice your dog is sleeping more than usual you should take them to the vet for a check-up. 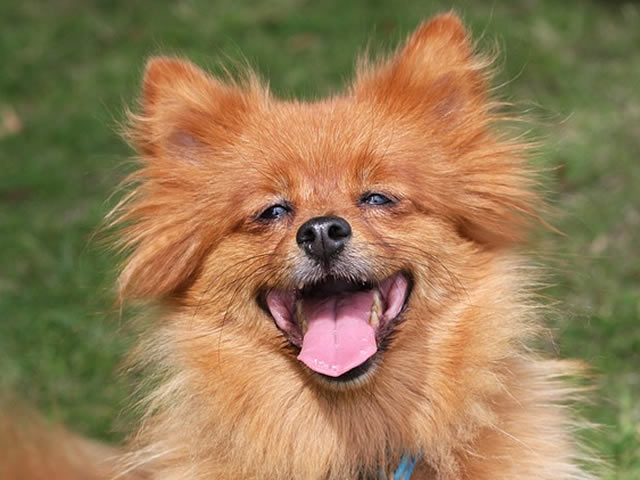 Some dogs will seek the plushest, cosiest place to lie down for a nap (probably in bed with you!). Others may choose the hard surface of the floor despite your best attempts to get them to sleep in an dog bed you bought for them! Just like humans, dogs will have different opinions on what is a comfortable sleeping place. Even this may change as a dog gets older or based on the temperature of the environment.

Ensuring your dog has a comfortable place to sleep will mean that they will get a longer and more fulfilling sleep. Choosing the right sized dog bed is especially important for senior dogs and large breed dogs that require more support for their joints.

You also have to bear in mind the location of the sleeping place as the following may affect the length of your dog’s sleep because they will be on high alert: 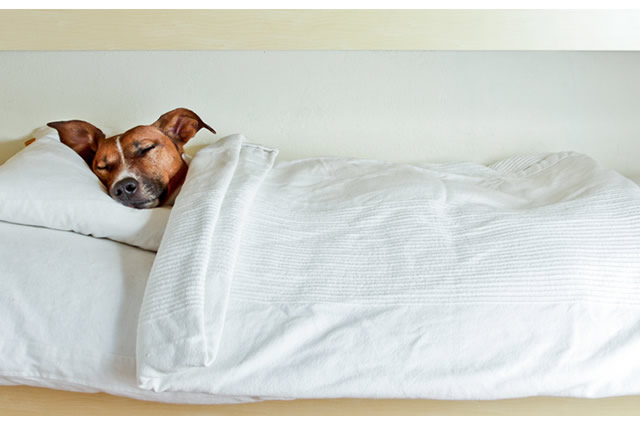 How do you feel when something or somebody wakes you abruptly from your sleep? Grumpy, irritated and you’d most likely lash out, right? Well, dogs are no different when they are woken up suddenly from sleep, particularly if they are deep in sleep chasing those tennis balls made of bacon!

It’s important to remember that although your dog is super friendly, they may behave differently if suddenly woken up. This could include growling, yelping or at its worst biting because they may still be half asleep. The wise, old saying ‘let sleeping dogs lie’ is something that all people should be taught; especially children. This will allow everyone in the household to be happy and enjoy their trips to the land of nod.

Now that you know how long dogs sleep for, tell us – does your dog sleep a lot?