how to stop dogs farting

If you’ve opened up Google and typed in the search box "How to stop dogs farting?" you must be pretty desperate by now. Well, we have some good news and some bad news…

We hate to break it to you but you will never be able to completely stop a dog from farting. After all, it’s just natural! The good news is that if your dog’s gas is noxious enough to clear a room, there are definitely ways you can improve the situation. 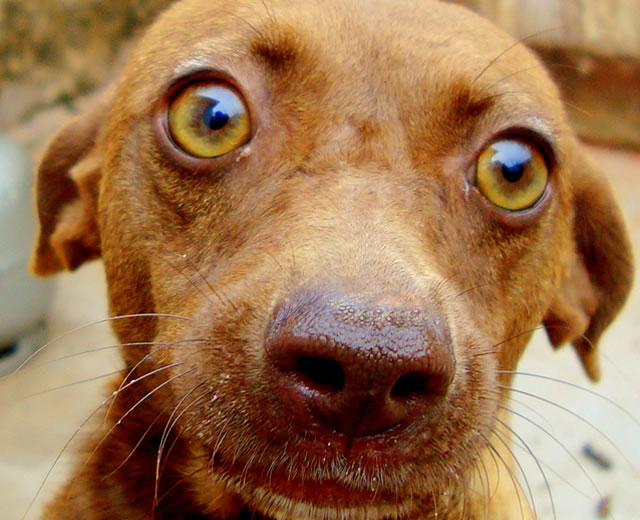 Why Do Dogs Fart?

As when solving any problem, it’s important to start with why the issue has come about. Farting in dogs is mostly produced as a by-product of bacterial fermentation in the gastrointestinal tract.

Pet Education details the process of digestion in detail: When your dog eats their food it enters the mouth, passes down the oesophagus and goes into the stomach. The stomach has a series of structures called gastric folds that, along with acid and enzymes, help to break down food.

From here it passes through to the small intestine where enzymes and other secretions mix with food in order to digest it. The small intestine also features small projections called Villi, which help to absorb nutrients from your dog’s food. The large intestine is the next step where water is absorbed from faeces before it passes out of your dog’s anus. You’ll then notice a ‘present’ ready for you to pick up whilst out on your walk.

Gas builds up in the stomach and in the intestine during the digestion process; it passes through the digestive system to the large intestine and then is released as a fart.

Farts can also be made up of air that has been swallowed by your dog during eating, drinking or breathing. Gulping down food quickly can allow small pockets of air to enter the digestive system. This air is then released by burping or farting. Aerophagia is the technical term for this disorder.

Brachycephalic dogs (those with flat and wide skulls) are more prone to swallowing air because of the position of their noses. This means that if you own a Boxer, Bulldog or a Pug you’re probably quite familiar with regular ‘tooting’.

How to stop dogs farting excessively

There are several things that could cause constant, smelly gas:

There are a number of health issues that can result in your dog letting out frequent, smelly farts. This can include; Inflammatory Bowel Disease, tumours, Irritable Bowel Syndrome, pancreatic disease and gastrointestinal disease.

The answer: If you believe that excessive gas isn’t related to a dietary issue and has suddenly started then the best thing you can do is pay a visit to your vet. They will be able to check over your dog to make sure there isn’t a more serious reason behind it.

Many dogs have food allergies or intolerances to common dog food ingredients. A large portion of dogs have an intolerance or allergy to grains such as wheat, which can cause digestive upset. Some dogs are allergic to common protein sources such as chicken or beef and switching the protein source in their food can solve gastrointestinal issues.

Most adult dogs are lactose intolerant because they don’t produce the enzyme Lactase that breaks down lactose, the main sugar in milk. This means that the occasional treat of milk, cheese or yoghurt could be the main cause of all that gas.

The answer: If your dog is exhibiting other signs of allergies such as itchy skin, ear inflammation or obsessive licking you should visit your vet. They will help you to plan an elimination diet whereby your dog is fed a limited diet, gradually adding new foods, until the allergen is identified.

If your dog only shows a slight intolerance with increased farting you can try to remove the offending ingredient yourself. The first thing you can do is slowly switch your dog to a high quality and natural, grain free diet that uses an uncommon protein source that is unlikely to cause a reaction. Brands like Black Hawk and Ivory Coat stock grain free diets for you to choose from.

An example of this would be Canidae Pure Land which is made using fresh bison meat with 0% grains and 0% fillers like corn or soy.

Cheap dog food is often full of ingredients that intensify flatulence in dogs. These ingredients are often harder for dogs to digest and result in undigested food bits fermenting in the digestive tract. Examples of these ingredients include; soybeans, peas, beans, corn, carbohydrates and starches.

The answer: To reduce diet related flatulence you should feed a premium dog food that is high in protein from an animal protein source. Look for real meat as the first ingredient rather than cereals.

Remember that when changing over your dog’s diet you need to transition it slowly to avoid stomach upset. 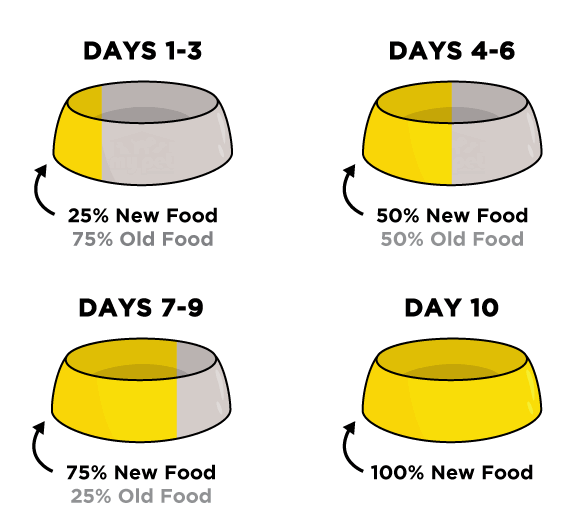 If you’ve been slipping your pooch snacks under the table, it’s highly likely that these could be the cause of those noxious gasses. Foods high in fat and carbohydrates are not easily digested by dogs. They remain in the intestines, fermenting and producing gases like hydrogen, methane and hydrogen sulphide.

So, if you let your dog try some of your chips or allow them to polish of the last of your Spaghetti Bolognese, don’t be surprised when they’re passing wind for the rest of the night.

Other foods that cause gas in dogs include:

The answer: This is pretty easy to solve. Just don’t feed your dog unhealthy scraps! Instead opt for natural, meat based treats that your dog will love just as much. Also don’t overfeed your pooch, always ensure things are in date and don’t let them get into the rubbish bin!

Intestinal parasites, particularly roundworm, can cause excessive gas as a symptom of infection. Roundworms are common parasites found in dogs and they inhabit the small intestine where they live, feed and reproduce.

The answer: To prevent intestinal parasites moving in and calling your dog home, you must treat them with parasite protection. Products like Advocate and Sentinel Spectrum will prevent them from contracting fleas, heartworm and intestinal worms.

Some dogs get way too excited when that dinner bell rings! So excited, that they practically inhale their food without chewing.… Or breathing. The result is that, along with their tasty meal, they also ingest air which makes its way down through their system. With nowhere else to go, it either comes out as a kibble scented burp or a something-else scented fart.

It’s not just excitement that may cause a dog to rush their meal. The threat of another household dog stealing their meal can also induce speed eating.Sadly this happens with rescue dogs that were not fed consistently in the past as they are anxious to eat in case they don’t get another meal.

Swallowing air whilst eating can also bring on bloat and cause the stomach to literally twist over, which is progressively worse than the odd fart.

The answer: For fast eaters the best bet is to get them a special bowl that slows down their eating. It puts harmless obstacles in the way of your dog’s muzzle so they can’t scarf down the food in their bowl.

If you are in a multiple dog household, try feeding them in separate rooms so that they don’t wolf down their meals. With anxious dogs it may take some time or an animal behaviourist to help with their rushed eating habits.

Your dog’s gastrointestinal system is filled with bacteria – some are ‘good’ and some are ‘bad’. According to Dr Bruce Syme, colonic bacteria that feed on carbohydrates typically produce a non-smelly gas and those feeding on meat protein (especially cooked meat) produce the smelly sulphur-dioxide gas. The volume and smell of your dog’s farts are altered by the ratios of different types of bacteria in the gut. Dr Bruce says that excessive gas formation can be due to an imbalance in bacteria.

The answer: To restore the balance of good bacteria you can add a probiotic to your dog’s diet. Protexin is a veterinary grade probiotic that is very easy to add to your dog’s food in order to provide them with extra ‘good’ bacteria.

You can also feed your dog yoghurt but double check it is the type that includes live cultures. But be wary, this could backfire with lactose intolerant dogs!

What else helps with a gassy dog?

Exercising your dog regularly is not only good for their mental well-being; it can also be a good thing for gas. Walking, running and playing help to prevent the accumulation of gas by encouraging your dog’s body to digest food and release gas. A good stroll around the park can help ‘let off some steam’ and the best part is the smells are released into the open.

Senior dogs seem to pass wind often. Their age doesn’t directly make them produce more gas but becoming older does often result in increased flatulence. Their digestive system slows down and they become less active, which can result in more farting. Just make sure they get some gentle exercise and feeding a probiotic supplement will support their digestive health.

It’s important to remember that a daily fart is quite normal… Healthy, even! Remember that if your dog does release a stink bomb, never shout at them. It’s likely that they didn’t even realise they did it.

Also, you may be tempted to douse the area with fragrant air freshener but household deodorisers often contain ingredients that are unsafe for both you and your dog to inhale. Some of the product could get in your dog’s eyes or land on their skin causing irritation. Look for a natural room or bedding spray that is non-toxic and safe for pets. Scoot your dog away from the area (if they haven’t run from the scene of the crime already) and spritz into the surrounding air.

If you are struggling with trying to stop your dog from farting then hopefully the above tips will help you out. No dog deserves to be banished from the house or from going on car trips because of their parping! If you have any other tricks on how to stop a dog farting, share them in the comments section below.