how to stop dogs licking

This tongue was made for licking and that’s just what it’ll do! Some dogs seem to live by this mantra and will lick anything and everything. Others are only occasional lickers and some just seem to get stuck in the act when they have an irritation on their body.

No matter what, licking isn’t just annoying it can actually cause lasting damage.

Okay, we get it when you bring home a little puppy and it licks you on the hand for the first time it’s an amazing sensation. It’s as though everything is right in the world because you feel you got that lick because your puppy loves you. “Oooh! Look he kissed you, it means he loves you!” say onlookers as you receive that lick of approval. It’s at this moment you need to stop and realise that the more you encourage that lick, the more likely it could turn into a habit.

The nature of dogs mean they like to please humans and if they get a positive reaction out of licking then you can be sure that they’ll do it again and again. Of course, there isn’t anything wrong with the odd dog lick. As dog owners we enjoy that close connection with our pups but just be wary of encouraging behaviour that you don’t want to become annoying in the future.

If your young dog has begun to lick you to get attention then ensure that you and other people do not reward them for doing so. Every time your dog starts licking you just move your hand (or feet etc) out of the way and ignore them. Do not say “No!” or anything else that could be seen as attention. When they stop trying to lick, then you can give them attention.

A puppy or young dog should slowly start to get the hint that licking doesn’t get them what they want. This should prevent them from learning licking as a positive behaviour. If your dog already has an ingrained habit of licking then read on further for tips on how to make it stop. 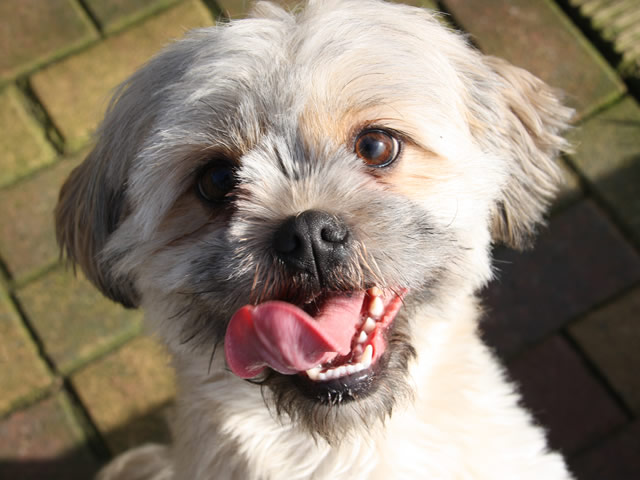 Why Do Dogs Lick?

Before you can resolve the licking issue, the reason behind it must be identified. There are countless reasons why your dog could be excessively licking. Before these are highlighted it’s important to mention that licking is a normal behaviour in dogs and can be used for a multitude of aims:

Communication -Licking is used by dogs as a symbol to others of the same species. It can signify things such as being hungry, submissive or requesting friendship.

Tastiness - Depending on what you’ve been up to, your skin could be pretty tasty to your dog. Sweat tastes salty and steak juice left over on your fingers after eating a sandwich is a pure culinary delight. Other objects could taste good to your pup too.

Grooming - Licking helps to keep fur clean and helps to maintain personal hygiene. Although cats are known for their personal grooming, dogs also have their own routine for keeping clean.

Attention - As mentioned above, licking can be a learned behaviour in dogs. If they have perceived that you reacted positively to it or given them attention, then they’ll do it again. This counts for licking your skin or licking other things.

Affection - As a puppy, dogs are licked by their mothers to encourage toileting and for grooming purposes. Puppies then lick their mum’s mouth to ask for food (a remnant of ancestral traits when mother dogs regurgitated food they had hunted outside the den). This means that, in your dog’s mind, licking has a strong association with love.

Enjoyment – Licking actually releases endorphins, which give a sense of comfort and pleasure. So they may lick things whilst getting comfortable in bed or as a mechanism for dealing with an uncomfortable environment.

Healing – Since they don’t have hands, dogs use what they have to help with a wound – their tongue! Dogs lick their wounds because they think they are helping it to heal. Whilst this may have worked for wild dogs most domestic dogs will lick excessively, making it far worse.

Obsession - Your dog may not have full control over his licking habits. It may be caused by a neurological disease or disorders such as Cushing’s Disease or liver failure. Obsessive Compulsive Disorder (OCD) can also arise due to anxiety, conflict, stress or frustration in the dog’s life.

How to Stop dogs licking you

Tired of having a layer of doggy drool across your hands? Embarrassed about your dog giving your guests regular ‘tongue baths’? Follow these tips on how to stop dogs licking you. 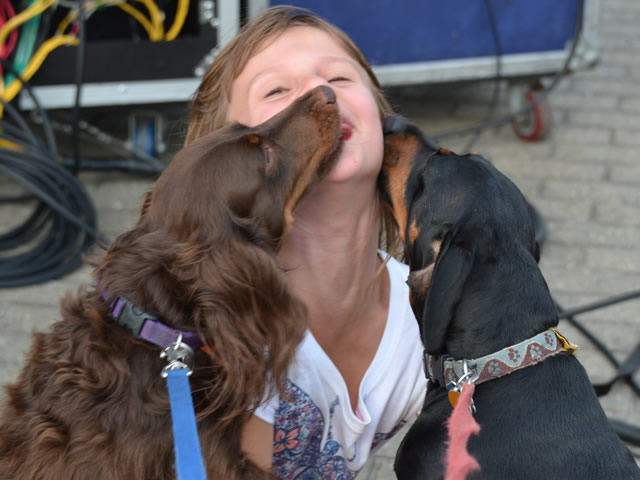 Your dog is most likely licking out of affection so the last thing you want to do is tell them off! This just shows that you don’t particularly enjoy the licking so they get the hint and find another way to show they love you.

How to Stop a Dog from Licking their Skin

Repetitively licking skin and fur can damage your dog’s body. Too much licking can cause Lick Granuloma, which is a nasty skin disorder characterised by raw, inflamed skin that eventually results in raised and thickened tissue.

The most common places that dogs lick are paws and the front of their legs.

How to Stop dogs licking Wounds or stitches

A dog’s saliva may have mild medicinal qualities but the myth that a dog licking a wound will heal it isn’t strictly true. Gentle licking of a wound can help remove dirt, dead tissue and dogs’ saliva contains anti-bacterial agents and growth factors that promote healing. Despite this most of the time licking causes even greater damage to wounds and cuts because dogs overdo it.

This is commonly seen in dogs that have just been in surgery and have received stitches for example from a de-sexing procedure.

How to Stop a Dog from Licking Objects

Some dogs develop the habit of licking objects such as the floor, their dog bed or a spot on the sofa. This could be caused by anxiety, lack of mental stimulation or it could be a comforting to them.

As a dog owner you’ll have to accept that you’re going to get the odd lick now and again. You also have to accept that dogs will lick themselves from time to time. It is important to be vigilant to ensure licking doesn’t become an obsession. It should never take up so much of your dog’s focus that it causes consequence to them or others around them.

Have you had an experience with a dog that won’t stop licking? What did you do to stop them?