There probably isn’t an Australian out there who hasn’t at least once in their life crossed paths with a blue tongue lizard in the wild. Whether spotted deep in the bush, seen strolling across an inner city park or observed basking in a suburban backyard, these dwellers of the undergrowth can be found in almost every part of the country and represent one of the most common native reptiles in Australia. Their fearless but sedentary natures and placid personalities make them a popular pet, and are often many a budding herpetologists first step into the world of reptile keeping. Caring for these skinks (yes, they’re directly related to those little guys you see scurrying up brick walls on hot summer days) is surprisingly simple as long as a few basic needs are met.

The term ‘blue tongue lizard’ doesn’t apply to just one animal, but a whole group of animals in the Tiliqua genus of skinks. In Australia our Federal wildlife laws allow us to only keep native Tiliqua species, which are as follows: 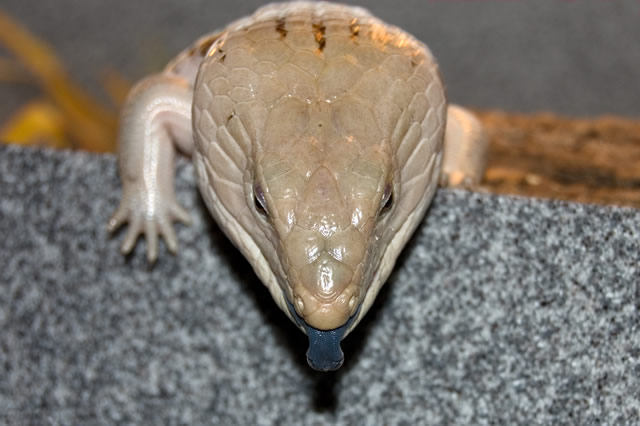 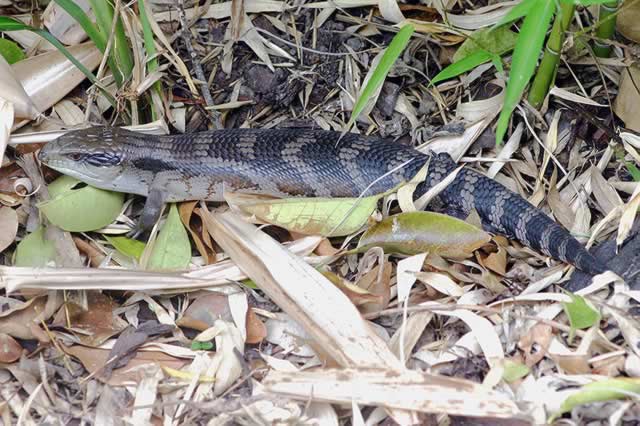 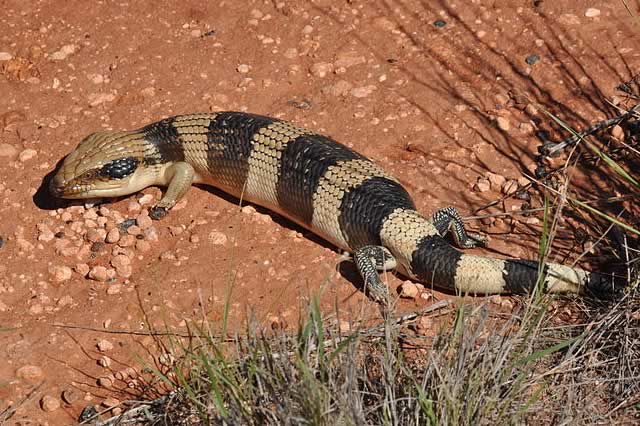 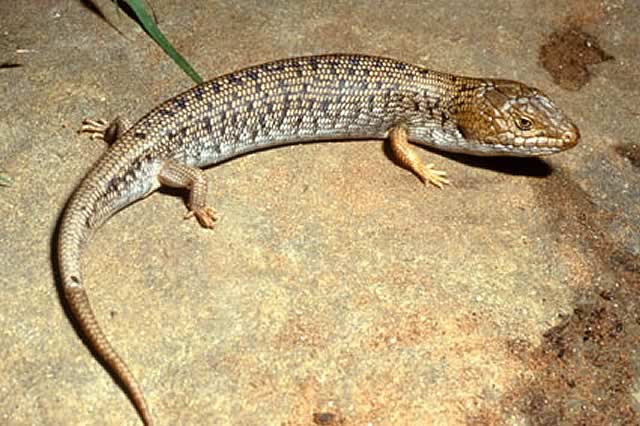 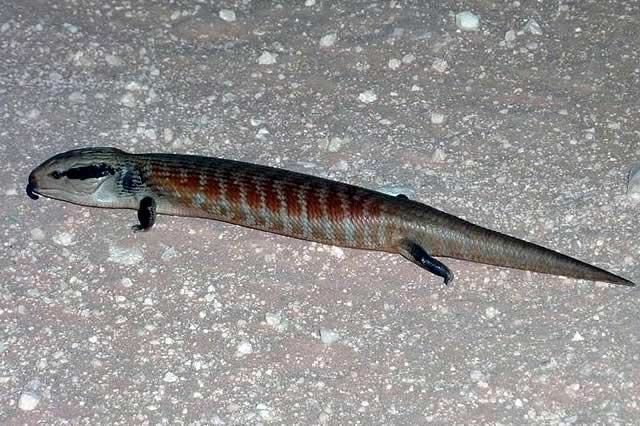 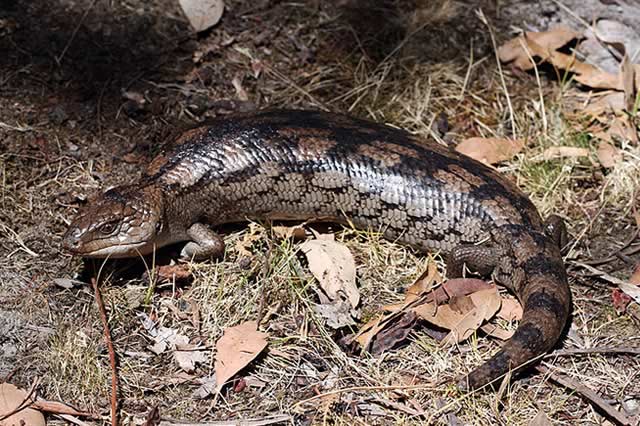 All have similar care requirements, but it's best to research the specific one you have to make sure you’re looking after it the best you can. Most states require licenses to keep reptiles, and even the states that don’t require a license for the common species will require a permit to keep the endangered ones.

A purpose built reptile enclosure is the best thing to house your blue tongue. Converted aquariums can be used by experienced reptile keepers who understand the immediate needs of their charges, but everyone else should avoid using fish tanks as they present a number of issues that can lead to disaster for a beginner Blue Tongue keeper and their lizard. As a general rule you will need a 60cm - 90cm long enclosure for your first blue tongue, adding 30cm for each additional lizard. This guide represents the absolute minimum and obviously the bigger the better! As these guys don’t generally climb, it’s important the enclosure be at least 60cm wide so they can comfortably turn around and have some space to forage in. Height is not important but should be at least 45cm to allow for good air circulation within the enclosure. A bark or dry coco peat substrate will suit them fine and create a nice natural look. A hide is also important as they will need a place to sleep and to go to if they feel threatened or uncomfortable. There are many reptile hides available on the market but a hollowed out log will be equally sufficient. It’s also important that the enclosure has good air flow by making sure there are adequate vents installed.

Depending on where your blue tongue originally comes from, you will need to supply it with the appropriate levels of heating. Victorian Blue Tongue’s can tolerate relatively lower temperatures to their northern cousins, while Centralian and Western Blue Tongues from the desert require desert temperatures. Always consult with the breeder as to what part of the country your Blue Tongue originally came from, and setup a thermostatically controlled heating lamp for it so that its environment is always warm and comfortable. A rough general range would be 26-32 degrees, but again the exact temperature will be dictated by your BTs point of origin. It is also important to create a thermal gradient in the enclosure, so that there is a hot and a cool end. This can be achieved by placing the thermostat probe closer towards the heat source (but not too close), so that only the area close to the globe remains at the set temperature, and the other end of the enclosure will provide some cool respite should the animal need it.

Providing your Blue Tongue with at least 10 hours of UV light daily is CRUCIAL. Without UVB, your lizards bones will not develop properly, and it may end up getting Metabolic Bone Disease (MBD). Those of you living in warmer parts of the country can take your Blue Tongue outside and let it hang out in a small animal cage, but this would need to be done daily. Those of you in cooler climates or with lizards that are being kept exclusively in doors will need to setup a lamp with a special globe that emits UVB radiation. NEVER have glass or plastic between your UV light and the animal, as they blocks UV radiation and the animal will not receive its required amount of UVB. Desert species do best with UVB10 globes, while the rest are fine with UVB5 globes. Lizards kept outside for basking should ALWAYS be given some shade to escape to if the sun gets too hot for them and cool fresh water to drink. Never keep them outside unsupervised for extended periods of time.

What do blue tongue lizards eat?

In the wild these lizards will feed on a wide variety of plant matter and slow moving invertebrates, and it’s important to offer them this sort of variety in captivity. Diets are restricted to what is available in the immediate area, with everything from snails and grubs to dandelions and native fruits being munched on in the wild. Many companies provide dry pellet formulations aimed specifically at blue tongues, and although these are useful when you’re busy, they should never be relied upon as the only source of food for your lizard. Regular feedings of the following, should make up the bulk of their diet.

Pieces should always be cut into manageable sizes (about 1/3 the size of your lizards mouth) to prevent choking. Snails are a blue tongues favourite invertebrate food (berries being their favourite fruit and veg) so offer these occasionally as a treat, but NEVER collect snails from your garden. Even though you may not be using snail baits in your garden, your neighbours might and a baited snail can seriously harm or even kill your blue tongue. Farmed live snails are available from local pet stores as are canned varieties. Large mealworms are also a good option for blue tongues, as they don’t move too quickly for them to catch. Juvenile blue tongues should be fed once a day, with adults being fed every second day. Uneaten food should be removed within 8 hours of feeding, sooner if the animal is obviously not interested. There is much debate as to whether Blue Tongues should eat canned cat food, and the general consensus seems to be that although they are capable of eating it, it’s not ideal long term, and often results in dirty, stinky cages and even smellier faeces. In times of desperation it can be resorted to but make sure it’s not fish based as fish are not a natural part of their diet. Adding calcium and vitamin powders to their food will boost your animals’ health and ensure that it is in top condition and lives a long, happy life. Feeder insects can also be gut loaded to provide extra nutrients and trace elements.

Always make sure the animal has access to clean, fresh water and use a shallow dish so that there is no danger to the animal of drowning.